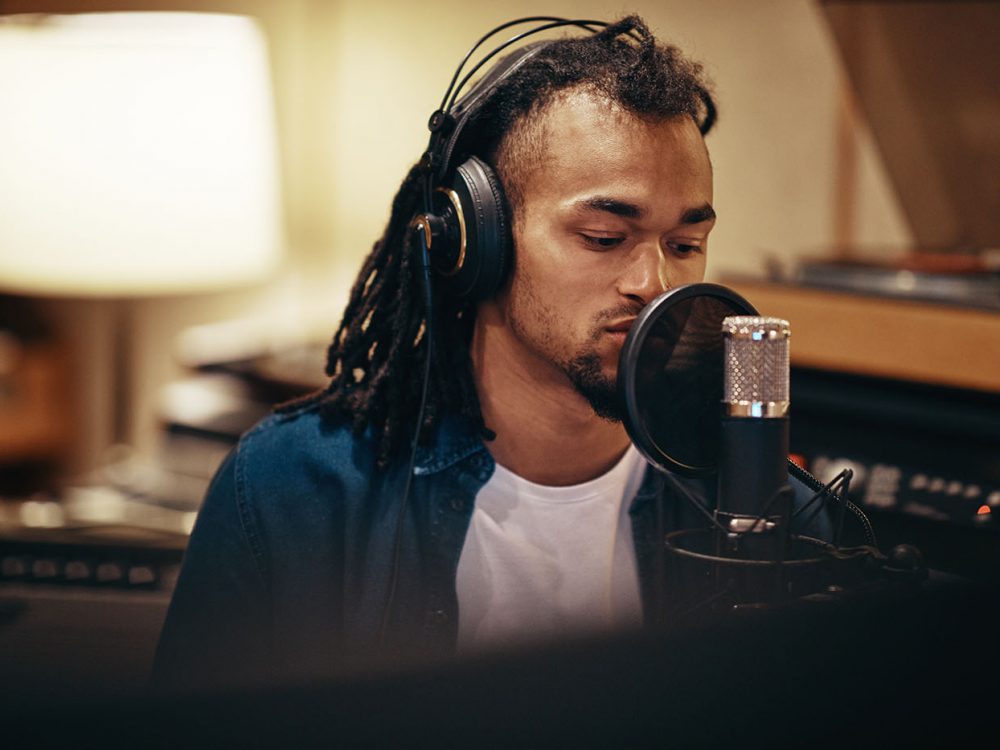 If you are looking for the perfect name for your rap or hip hop music then our rap name generator will provide a ton of professional options all within the time it takes you to click a generate button.

You might have a few chart-topping songs already up your sleeve, but have you thought about your rap name yet?

You might think it’s not essential, but if you catch your lucky break, then that’s the name people are going to call you in the years to come. So better work on it fast!

You would be surprised how well our rap name generator actually works. Our algorithm uses the same formulas that were credited with  coming up with famous rap names like Post Malone and Childish Gambino:

“I was like 14, and I had started getting into producing and rapping and singing over my own stuff. And I needed a name, you know, for my s—- mixtape,” he told Jimmy Fallon. “So I ran [my real name] through a random rap name generator… now I’m stuck with it.”

“We were all hanging out, chilling and drinking and then we were like, ‘Oh, rap name generator, let’s put our name in,'” he revealed on “The Tonight Show” back in 2011. “And we’re putting them all in, and they’re all funny and stuff, and then mine came up and I was like, ‘you guys, it’s not funny anymore. This is something big.’ I just really liked it.”

WHY IS A RAP NAME IMPORTANT?

You may not think of your rap name as much as you would your content, but trust us when we say it’s important.

These days, many music lovers check out the artist’s name first before they check out their content, so it’s essential that you create a rap name that catches attention, intrigue, and holds interest.

You should also think of your rap name as your brand. Your brand represents who you are, so make sure your rap name reflects your identity. Don’t think of just a random, catchy name that doesn’t speak about your character!

HOW TO COME UP WITH A RAP NAME

Struggling to create your own rap name and didn’t love the ones from our rap name generator? Here are some tips to help you get started!

Honestly, there are some rappers whose names look like they’re gotten from an 18th-century thesaurus, and they don’t sound pretty. These names sound fake and unauthentic, and your listeners will probably take issue with that.

It’s much nicer to get a simpler rap name that speaks to you as a person, one that you’re comfortable with. You can get inspiration from a dictionary, just don’t overdo it.

Do you want to come off as playful and goofy to your audience? Or perhaps you’d like that intimidating and mysterious stage presence that reflects your music as well.

Either way, your rap name should also match with your rapping style. You can research on the names of your favorite rappers and see how they matched their names with their identity.

Don’t get too excited if you finally come up with a rap name. Make sure no one else has taken it first.

You can easily check Google and Soundcloud if the name you picked is already live, but don’t lose hope! Just because the name you want is taken doesn’t mean you have to move on and find a new one.

You can check whether that person has posted any new material recently. You can also check his or her followers and whether they’re active on social media.

If they haven’t been active for the last three years, or their social media accounts are basically dead, then you can get the name for yourself.

Solidify your career using that name, and no one can take it away from you.

If you’re feeling stuck, you can ask your family members and close friends on what words they can describe you so that you can use them as a sort of base for your rap name.

Snoop Dogg’s real name is Calvin Cordozar Broadus Jr., but he chose Snoop as the first element of his rap name because his mother used to call him Snoopy as a kid.

The name is sentimental to him, so he stuck with it until today!

You don’t have to search for outside inspiration for your rap name. Take your name as a guide and play with it. Your rapper name can still be close to your real name, but with other distinguishing features.

Take Eminem, for example. His real name is Marshall Mathers. He just took the first letters of his full name and spun it to his rap name.

Did you know that Lil Wayne’s real name is Dwayne Carter? He just took the first letter of his name and added “Lil” before Wayne.

Congratulations! You finally decided on a very unique rap name! However, when you type your name in Google search, can people quickly look you up?

As a bustling rapper, you can trust us when we say that nobody is going to spend 30 minutes in Google search trying to find you and your work.

Make sure your rap name is easy to remember, but unique enough that you come up first in Google.

It doesn’t matter if you produce good music, if people can’t look you up easily online, you’ll never catch a break!

Alliteration is when you use the same first letter or sound of two consecutive words. Not only is it easier to remember, but it also rolls off the tongue and really catchy!

You can use your real name for this one, and choose another word that effortlessly defines you and your style of music, so you can come up with something that’s truly you!

You can use your favorite rappers for inspiration when coming with your rap name. But just because your favorite artist is Kanye West doesn’t mean you should name yourself Kanye East or something just as lame.

Study why they chose their respective stage names, and you can apply a similar structure to choosing your own.

We know we said that choosing a rap name is essential, but you don’t have to dwell on it for days and forget everything else.

The right name will come to you without you even realizing it. If you think your chosen rap name doesn’t do it 100%, you can always change it later.

A lot of artists have changed their stage names over the years. Did you know that 2Chainz used to have the word “titty” in his former rap name? Imagine if he didn’t change it.

Nevertheless, if you already marked a dent in the rap industry, you can choose to change your name, and your followers will still be loyal to you. So don’t panic!

If you already followed the tips we gave but to no avail, you can still always make use of our rap name generator.

Our database has stored thousands of names for you to choose from, so you can get out there and make some good music!